I titled this essay a little of what literature is and a little of what it isn't because I don't want to imply or suggest that I have all the answers to why we seek, read and sometimes write good literature. Or poor literature for that matter. All I want to write about in this essay is one small observation about literature that I had today and decided to share. It's up to you, the reader to decide if my observation was worth the time you took to read it. I hope you will think it was.

I like to read, and while I read all kinds of material, I do particularly like a good literary story, whether it's fiction or real life. That is, one that takes me into the mind and world of another writer. Something like Educated by Tara Westover for example. Or even a young adult novel like All the Bright Places by Jennifer Niven. I choose what I read not so much from The New York Times Book Review section, but a good part of the time by scouring what different book clubs are reading. That way I'm not just reading what a book reviewer says, but I'm reading something that has been in circulation for some period of time. Not only are there plenty of reviews on Amazon to peruse over such a pick, but it's a book that those who like to read have selected as worthy of their time and discussion.

Today I found such a book. It's written by an African American woman, Angie Thomas, and it is the fictional story of a young high school girl who is drawn to activism after witnessing the police shooting of a friend. On Amazon, the book, published at the start of 2017, has 3,376 customer reviews, 86% of which are five star reviews and another 8% gave the book four out of five possible stars. That is, 94% of over 3,000 readers rated it highly. The book has also received recognition from Goodreads Choice Awards Best of the Best, William C. Morris as an award winner, National Book Award Longlist and as a Coretta Scott King Honor Book. The book is also a number 1 New York Times bestseller.

It sounds like a book I may want to read so I ordered it. But I'm also always interested in reviews that are negative. So I read a few of those as well, and my takeaway from doing so was that some readers thought that the author only presented one side of the story. One reviewer in particular went so far as to give a detailed argument for why the police did what they did. I understand that. I get that there is more than one side of the story.

But I think it shows a misunderstanding of what a novel is. Or a poem. Or a short story. Or any kind of fictional literature. I don't believe that the reason we read fiction is to get an unbiased presentation of all sides of an argument. So, when I say "a little of what literature isn't," that's what I mean. That is the role of the journalist. The journalist is supposed to tell us the who, what, where, when, why and how of an event in an unbiased way. The journalist doesn't always do that, but it's what they are taught to do. And the journalist may write a newspaper article or an online article, or the journalist may write a book or anything in between.

I don't believe that's the job of the novelist though. When I read a novel or a short story or a poem, I am looking to get into the mind and the world of the protaganist or the writer. It's not to understand the motives and actions in an unbiased way of every character who makes an appearance in the literature. It's not to decide what is right or wrong about a particular situation such as a police shooting. Rather, it's to understand how the main character understood the situation in context with her surroundings and upbringing and understanding of the world.

In doing so, it creates a certain amount of empathy for others. I may not agree with their reasoning or how the writer sees a particular event, but I come to some understanding of why that character has chosen to act in the way she has. In today's fractured world, I think we need more understanding and empathy. Therefore, I would logically argue that we need more literature, more novels, more short stories, more poetry.

As readers, I would argue that we should seek to find literature that presents different cultures, characters that are not like us and differing views than ours. To achieve empathy and understanding of others and a broader view of the world, we need to read that which makes us uncomfortable. Reading an unbiased view, or worse yet a story that confirms our own biases, only tends to cement our biases and it doesn't help us to grow. And when we as individuals don't grow, then we also don't grow as a society. We become close minded. We become the hate we give.

Posted by J Lanning Smith Links to this post 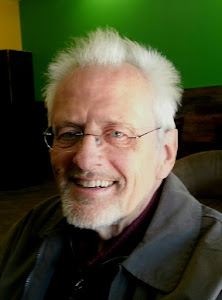